Founded in 1964 by a group of intellectuals led by maestro Herbert Handt and motivated to bring to light the exceptional musical heritage of Lucca (with the proposal of numerous first modern shots concerning the Puccini dynasty, Francesco Gasparini, Luigi Boccherini and others), over the years the Associazione Musicale Lucchese has hosted the biggest names on the international scene. Young talents have always been flanked by the great performers in its billboards and the programs do not lack attention to contemporaneity. In the commitment to make musical enjoyment accessible to a wider and heterogeneous public, to enhance the historical and artistic heritage and to contribute to the development of an educating community, the Associazione Musicale Lucchese has combined the Lucca Classica Music Festival, an event born in 2015, with its chamber music seasons. The Associazione Musicale Lucchese has invested heavily in music education thanks to the “Musica Ragazzi” project, aimed at pupils and their families. With a view to a stimulating project that places the musical experience in a context of dialogue and mutual enrichment with other disciplines, the Association has created prestigious collaborations such as the one with the Italian Istituto Treccani and the Cortile dei Gentili. Honorary Members of the AML are Sofja Gubaidulina, Raina Kabaivanska, Eleonora Abbagnato, Brunello Cucinelli, Cardinal Gianfranco Ravasi, Antonio Pappano. 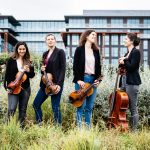 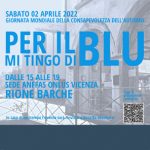 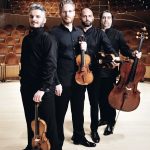